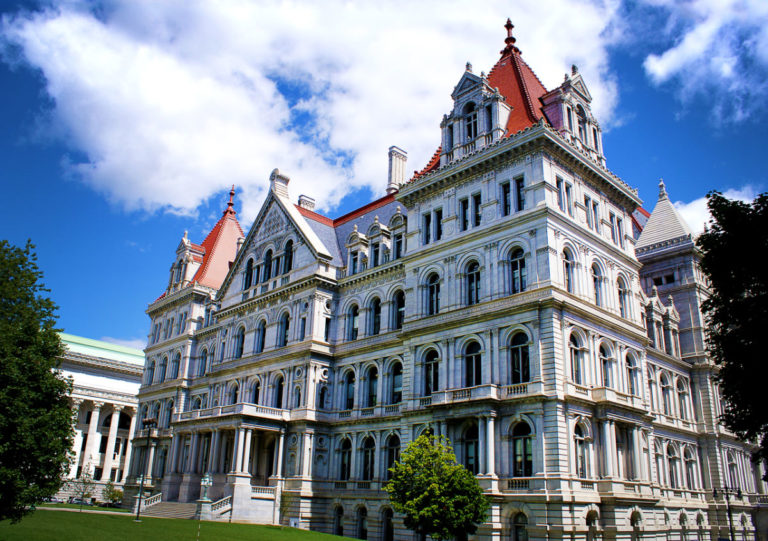 Sitting majestically atop Albany’s State Street hill, the New York State Capitol has served as the seat of government for New York since the 1880s. The building is a marvel of late 19th-century architectural grandeur. Under the direction of five architects, the Capitol was built by hand of solid masonry over a period of 32 years. By 1899 its cost had exceeded twenty-five million dollars. Take a Guided Tour